The Weilhammer Plumbing Story
It all began long ago, around 1850 when my German great, great grand parents immigrated to the United States since political strife in Germany at that time motivated many families to flee the country and head for the United States. Back in the 1870’s, the Gretliein family originally owned the building at our current location, 1819 Shelby Street. At the time, there was a shoe shop in the front office along the street that thrived around the turn of the century, but likely closed down during the Great Depression in 1929.

Grandpa Gretlein only had daughters, until another German family named the Weilhammer’s came along and married into the family around 1915. Somewhere between 1880 and 1890, a plumbing boom happened (something like the internet in the ‘90s); suddenly, everyone in town wanted indoor plumbing installed in their homes as soon as possible (also something like the internet of today)!

Sometime around 1895, the shoe cobblers in front took up the trade of plumbing, and did so because of the huge demand, as well as, the better pay compared to shoe repairs. Eventually the Weilhammer’s (my grandfather) went into the plumbing business full time, and the business has been flourishing ever since! The Gretliene name faded away over time, and the name eventually became “Weilhammer” on the building around the late 1930’s. The shoe business also faded away, turning the focus solely to plumbing sometime in the 1920’s.

When my father came back from World War II, he worked like a dog from 1945 to 2010, nonstop. Tom Weilhammer mostly focused on new home construction during a huge boom that lasted from the late 1950’s through the end of the Vietnam War. Then the bottom eventually fell out of that market around 1975. Mark Weilhammer got his masters plumbing license in 1977, and has actively worked a master plumber ever since. The business is presently owned by Mark Weilhammer and other family members.

Weilhammer now specializes in home repairs, water heater repair and replacement, water softener and water treatment, sump pumps and battery back up systems for your residential homes, and much more. We still can do new home construction, but have phased out that side of the business due to the competitive and cut throat nature of the work. As for everything plumbing, we are your one-stop-shop for residential and commercial repairs, replacements, installations, inspections, plumbing appliance sales, and more! 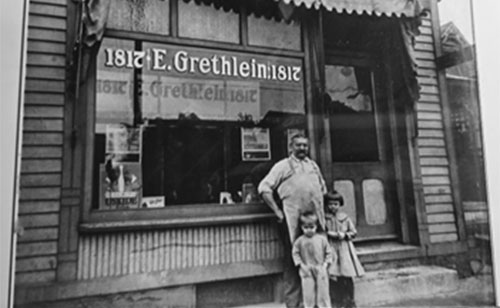 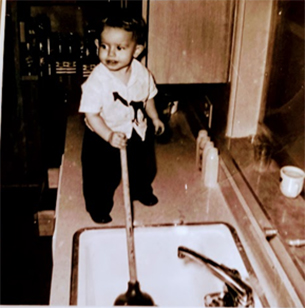 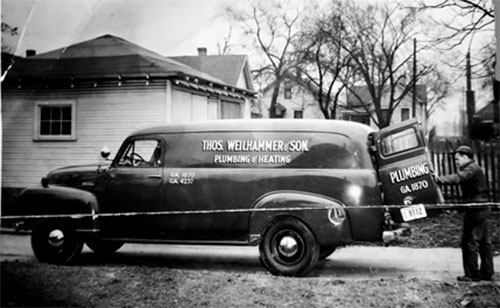