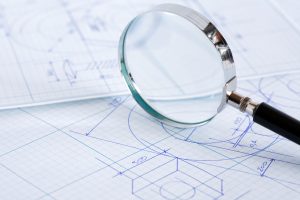 It is interesting to think about how society’s first plumbing pipes were made from clay and wood. Of course once the world figured out that these didn’t work too well, we eventually switched to using a lead and galvanized iron piping system, carved with local engravings on all the pipes to thwart water theft. In fact, the Latin word for lead is “plumbum”, and the weight that was located on the end of a line for perpendicular alignment was called a “plumbus.” These words are where the term “plumber” comes from.

Today, our plumbing is made using copper, steel, and plastic (PVC).

Plumbers back then were skilled roman artisans that were fluent in lead works, aqueducts, piping systems, water distribution, and waste management; providing soldering, repairs, maintenance, installations, and more. Bath and steam houses were also introduced at this time and Roman society got its first taste of an effective plumbing and water distribution system. It wasn’t until the 20 century that society’s piping system and technology changed, as did the role of plumbers.

In the early 1800’s, England passed a national Public Health Act that later influenced historic and modern-day plumbing code. This legally mandated that all homes have a sanitary arrangement, like a privy, a flushing toilet, or an ash pit. This is also when the British established and began government-funded programs for sanitary research and engineering.

Plumbing and sewage systems only got better from here! Public lavatories were built and became common parts of societal practice, and eventually sanitary closets and toilets were being invented and redesigned too! Later down the line, in the mid-20th century, plumbing was dramatically reinvented and our innovators continued to perfect the industry into the modern plumbing advancements and technologies we have today. 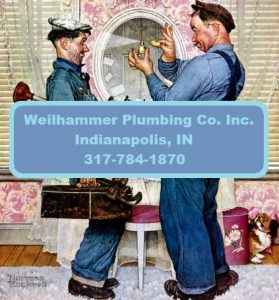 Call Weilhammer Plumbing Co. Inc. at 317-784-1870 for plumbing repair in Indianapolis, Indiana. Owner, Mark Weilhammer, is a licensed master plumber with decades of experience in the plumbing industry. Our company has provided trusted plumbing service and repair to the Hoosier communities since 1901, making us part of Indiana’s plumbing history too! We offer a wide range of services for both residential and commercial properties, all for the lowest and most competitive prices in town. Call 317-784-1870 and speak directly with a licensed master plumber about plumbing repair services in Indianapolis and its surrounding counties.